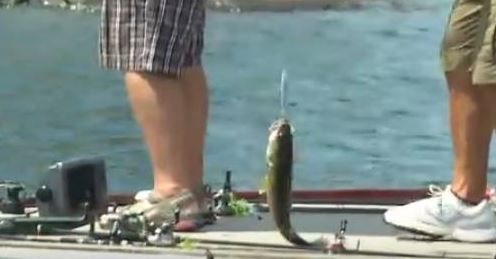 Every year, Hartley Bay Marina welcomes fishermen to the rich waters that are home to sturgeon, crappie, muskie, bass, pike and pickerel (walleye). Hartley Bay Marina invites you to make this the year that you catch that “Big One”, whether it's a massive northern pike or bass, this is the place to be. And if you forget your bait – don’t worry we have some live bait for you at the marina. On the way if you forget your fishing licence right out of the gate this season, you can get a fishing licence at Canadian Tire Parry Sound (as the closest for people coming from the south). Thank’s Steve at the Marina for this awesome reminder!

With direct access to the French River, Hartley Bay Marina offers easy access to many boat accessible outlets and channels on the river. Bring your kayak or canoe and tent, and experience the best of Northern Ontario fishing and camp life. Hartley Bay Marina has plenty of dock slips available for those wishing to bring their boats in for the warmer months. Hartley Bay Marina also offers two kinds of canoes for rent, sea kayaks, for those wanting to travel out to the Georgian Bay and sit-on-top kayaks that are great for use within the French River or at your cottage, by reservation only.

Let's dive right in to see how you can hook the next big one!

Pike and Walleye are aggressive as this time of the year, but these tips will help ensure that you catch more this spring.

Get an early start - Cast into open water as soon as local regulations permit. They tend to bask in the shallow waters while the rest of the lake is still under ice.

Don't spook them -  Take care as you approach the shore by approaching slowly and stepping lightly. Camouflage clothing will help!

Target shallow bays -  The bays with dark bottoms on the north side of a lake will warm up first, and if it has green weeds, that's even better.

Fishing for Pike in Spring

Northern Pike frequent the Northern Ontario lakes. Smaller pike tend to stay in the back bays near the thick weeds, wild rice and lily pads, where they feed on bugs, frogs and minnows. The pike towards the edge of the weeds tend to be bigger, as they have food from the bay and they can also feed on small Walleye that swim near the outside of the weeds. Big pike feed on small fish, such as hammer-handles, walleyes, chub, whitefish and suckers. You can find them at the points that lead into bays, islands, shoals and rocky points.

Easy to catch, pikes will go for just about any lure, but here's what you need to know:

Pikes will play with your bait - They will hit your bait and let go a few times before actually taking it, so be patient.

Slap them - Cast towards your target zone, but high up, so that the lure falls in the area in which you want to fish. When the lure is approximately 2-3 feet above the water, jerk the line towards you, so that it makes a slapping sound on the surface. This tends to attract pike, triggering a feeding response.

Trigger the competitive instinct - Few things make a Northern pike as hungry as seeing another fish eating. With that in mind, remove the hooks from an old broken Rapala, and attach a black steel leader and another leader with a spring-slip-ring, followed by your final hook.

Fishing for Walleye in Spring

During spring, Walleyes tend to stay in river currents, or close to the short. They tend to spawn in the sandy areas along the shores of the Northern Ontario Canadian Shield Lakes. While they are mostly done spawning by the time fishing season opens, they tend to stick around, protecting their spawning areas.

Attach a light jig (1/8 oz) with bright colors, such as red, yellow chartreuse or white, and cast it along the shore. When you retrieve it, remember that Walleyes are generally quite aggressive at this time of the year. The bright colors will attract feeding walleye, and those that are protecting their spawning grounds and see you as a threat.

Smaller males will generally stay at the spawning beds during the daytime, in early spring, while the bigger females explore the deeper waters.