Family Activities on the French River 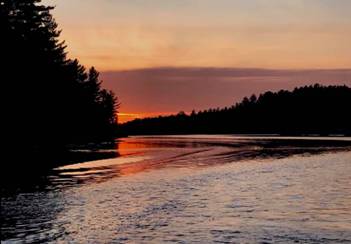 A weekend at French River in Ontario is the perfect way to get away from the rush and bustle of the city. The gorgeous trip will prepare you for the lonely wilderness on the banks of the French River and Georgian Bay, which is three and a half hours from Toronto and one and a half hours from Algonquin Park. Hartley Bay Marina welcomes you on the broad granite expanse of the Canadian Shield.

The French River attracts outdoor enthusiasts seeking adventure, relaxation, or simply to enjoy some of the greatest nature Northern Ontario has to offer through activities like fishing, kayaking, backcountry camping, and wildlife viewing.

Most visitors are unaware that the French River has hosted a variety of industries and travellers for centuries, and evidence of bygone eras can still be discovered embedded in its shorelines, sunk beneath its waters, and hidden along its portages today.

Because of this history, the French River was designated as Canada's first Heritage Waterway Park in 1986. The French River Provincial Park spans 110 kilometres from Lake Nipissing to Georgian Bay and features flat and rolling water, numerous series of rapids and portages, and a plethora of channels and tributaries to explore at your leisure.

Aboriginal people were the first to live off the land, fish these waters, hunt in this forest, and kayak its passageways before French explorers, most notably Samuel de Champlain and Etienne Brule, were credited with discovering and documenting the French River in the early 1600s. Artefacts and artefacts, pictograms, and pukaskwa pits remain as evidence of these stories. The French explorers befriended and built connections with these people, discovering and creating the routes used in the 18th and early 19th century for the Fur Trade.

French River was home to the logging industry from the late 1800s through the early 1900s. In the French River and the Georgian Bay, villages were built.

Coponaning, now recognised as one of Ontario's Ghost Towns, has evidence of its past, as do the submerged Alligators near the Dalles Falls.

Between the 1600s and the 1800s, the French River was the principal waterway connecting Canada to the west. La Riviere des Francais was named by French explorers.

Things to Do in French River, Ontario

Today, this historical route to the west is known for providing an outstanding recreation area combining tourism, extensive natural resources in Ontario's outdoor areas, and leaving behind many archaeological finds ranging from Indian pictorials painted on rocks to canoe and shipwreck salvage discovered in the rapids, bottoms of numerous falls, and the Georgian Bay. Most significantly, this secluded wilderness location produces an incredible fishery.

The French River Provincial Park now has a visitor centre on Highway 69, where it crosses the French River. The "Voices of the River" exhibit presents educational activities linked to the river's cultural and natural features, including the Georgian Bay coast area, in the Visitor Center for people from all over the world to enjoy.

The Palmers developed Hartley Bay Marina in 1952, which could only be accessible by train. There is road access, secure parking for your car, and safe launching facilities. It is being run by a third generation of Palmers. Get expert trip planning guidance while renting a cottage, canoe, kayak, equipment, and customised paddling packages.

Hartley Bay Marina is the ideal base for your French River Ontario trip, whether you seek action or pleasure. The French River, named Canada's first Heritage waterway in 1986 and later designated as an Ontario Waterway Provincial Park, runs 110 kilometres from its headwaters in Lake Nippissing to Georgian Bay in Lake Huron. The French River Provincial Park has many historic canoe routes as well as over 300 wilderness campsites.

Paddle through the historic French River channels until you reach the tranquil and breathtaking Georgian Bay. The well-known lighthouses built on the distant and unspoilt Bustard Islands can be found here.

The water body,which is most popular with fishermen and kayakers, provides superb sports fishing possibilities for both casual and competitive fisherman. However, non-water activities likehunting are available along the shoreline.

When the cold winter temperatures arrive, it's time for snow activities. Whatever the weather, there's something for you to do, from ice hockey to curling, cross-country skiing snowshoeing, and snowmobile excursions.

If you're not into adventure, you may rest along the fresh waterways, gather berries on surrounding farms, or attend some of the French River's big cultural events.

If you're not looking for adventure, you can relax along the fresh waterways, pick berries on surrounding farms, or attend some of the major cultural events that take place in the French River Ontario region.

Stop at Hartley Bay Marina in the French River Ontario region if you want to discover the authentic spirit of Northeastern Ontario and its exclusive canoe culture. We'll assist you in creating memories and excursions to last a lifetime.