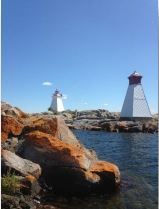 Hartley Bay in Northern Ontario is the perfect getaway from the bustling city life. Only 1.5 hours from Algonquin Park and 3.5 hours from Toronto, a short and scenic drive takes you to the untamed wilderness where you can unplug and unwind. Situated on the banks of Georgian Bay and the French River, this part of Northern Ontario is the ideal remote wilderness destination for lovers of the great outdoors, since it is situated on the vast rocky plateau of the Canadian Shield.

Hartley Bay Marina, the only access point directly on the French River Delta in Northern Ontario, was established in 1952 and has been run by three generations of Palmers’. When we first arrived in Hartley Bay, the only access to the marina was by train. Today, with road access, we provide secure launching and parking facilities, cottage rental accommodations, canoe and kayak rentals, equipment rentals and outfitted paddling packages, and any trip planning advice

The French River Delta (also known as the Lower French River) has direct access to Georgian Bay and consists of around 100 unique backcountry campsites, 3 Lodges with rental cottages available for accommodations and privately owned cottages, some dating back to the early 1900s. While there is a lot of water open to motorboats, there are many remote channels and routes that can only be explored by canoe or kayak.

What to Do in Northern Ontario

Northern Ontario welcomes adventure seekers all year round, with a range of outdoor activities, such as ATVing, canoeing, boating, and fishing in summer. The French River is one of Northern Ontario's premier fishing destinations, offering great fishing opportunities for the casual and competitive fisherman alike.

The French River was named as Canada’s first Heritage waterway in 1986, and then designated as one of Ontario’s Waterway Provincial Parks. It spans 110km from Lake Nippissing to the Georgian Bay in Lake Huron. The French River Park consists of 300+ backcountry campsites and with its many historic canoe routes, it is quickly becoming a top destination in Northeastern Ontario for all types of paddlers and outdoor enthusiasts. The best of both worlds! Meander through the historic channels of the French River to the awe inspiring serene waters of the Georgian Bay. Located on Georgian Bay are the Bustard Islands and their lighthouses. Considered one of the most unspoiled and remote islands in this region, it is definitely worth the paddle by canoe or kayak across this body of water.

Hunting is popular in Northern Ontario during autumn. Some of the popular wildlife hunted in the region includes moose, geese, grouse and whitetail deer.

The fun doesn't take a backseat when the freezing winter weather sets in either, as kayaks are traded for snowmobiles, snowshoeing, cross-country skiing, outdoor shinny, and ice fishing. The two most popular sports in the region, are curling and ice-hockey, and you can find rinks in almost every community.

Northern Ontario also has much on offer for the more reserved visitor, including relaxing next to fresh waterways, or berry picking on the blueberry and cranberry farms that are so popular in the region. Locals and visitors alike enjoy the major cultural events in Northern Ontario, which range from the Festival of sound to the Northern Lights Festival and Red Rock Folk Festival, to name but a few.

Explore on your own, stay in one of our modern Northern Ontario cottages or join us on a guided paddling adventure. The French River is the perfect place for anyone looking to truly discover Canada’s Canoe Culture in Northeastern Ontario.